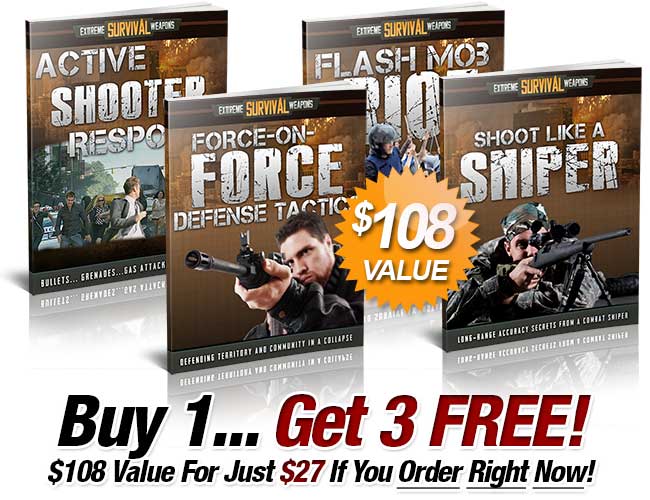 There’s more to surviving a long-term crisis than just stocking away a few extra meals.

To fully prepare and protect yourself and those you love, you must know…

… and how to escape the area immediately if you need to get the hell out of Dodge!

That’s why I want to extend your savings by offering you 4 complete programs that will fill in any gap you may have in your current survival weapons plan.

All you have to do to accept this special savings is click the green “YES!” button below and we’ll add the extra $27 charge to your order and have all 4 reports (a $108 value!) waiting for you in your access area…

Why Am I Giving You
$108 Worth Of
Survival Blueprints So Dirt Cheap?

Because you’ve shown me that you’re serious about protecting yourself and your family, I consider you a part of my own “survival community”.

Make no mistake… there’s a growing momentum of men and women just like you and me who are waking up to the fact that these uncertain times are a powder keg just waiting for a match.

When the $%#@ hits the fan, I know that it’s going to be people like us who will be the ones standing while others are out there… wandering around like zombies… fighting like a pack of wolves… scrounging for food… and begging for government handouts that may or may not be there.

But not you and me!

Armed with these 4 incredible reports, you’ll have all the information you need now to take care of those who look to you for protection during a time of crisis. 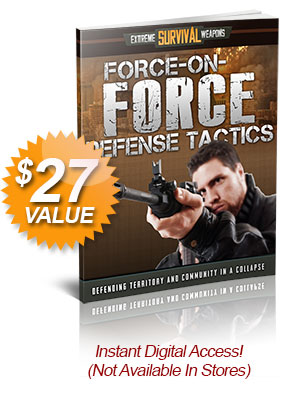 When you’re facing off against mobs of looters… gangs infiltrating a disaster zone… and other “organized combatants”… you’re going to need to rely on something more than your 1” shot group down at the range.

Our “Force-On-Force Defense Tactics” program picks up where your range time ends and reveals real “military style” strategies – adapted from the battlefield for the realities of the types of threats you may face in your town after it’s been ravaged by natural disaster… or long-term collapse.

In this exclusive program, you’ll discover… 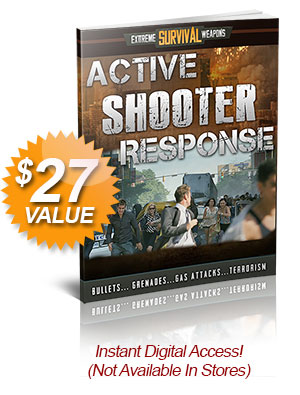 All you have to do is watch the news and you realize that the faces of “random violence” and pre-planned domestic and foreign terror attacks have changed.

They’re much harder to detect… much more chaotic… and much more DEADLY!

When an ambush takes place (it can happen literally in any town – any time!), one wrong move can mean the difference between life or death for you and those you love and count on YOU for protection!

That’s why we tracked down one of the leading terrorism-response experts to share his best strategies for how the “Average Joe & Jane” can better ensure survival in any type of attack. 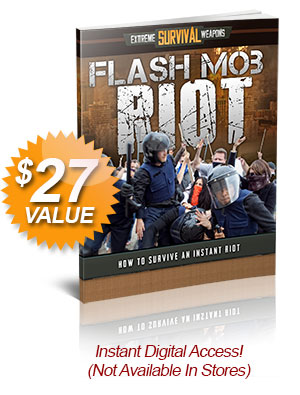 In 2011, at a pre-determined time, a mob of young patrons spread throught the Wisconsin State Fairgrounds began beating anyone and everyone that was within arm’s reach.

Moms, dads, children… all suffered the horror of the latest act of violence by today’s scum with no respect for human decency… or life!

In this shocking “survival guide” we explore this latest “act of terror” in-depth and reveal the top “escape tactics” you’ll need to get you and your family out alive when the world around you goes absolutely ape-sh*t! 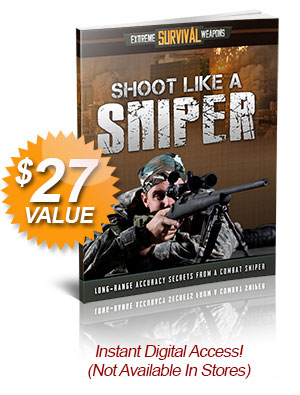 Shoot Like A Sniper:
Long-Range Accuracy Secrets From A
Combat Sharpshooter

Whether you’re facing an 8-point buck a mile away or defending your castle from encroaching armed mobs hell-bent on storming your fortress, you’d damn well better make every single shot count!

Fortunately, our elite military has perfected the art of long-range accuracy for our sniper teams and now YOU will get an insider’s glimpse into the practical tips, tricks, and tactics you can put to use right away in your own training to “wow” your friends at the range… and put a quick end to predatory invaders in a collapse survival scenario!

There’s no need to enter your credit card information a second time. Just click the green “YES!” button below and we’ll simply add the extra $27 charge to your order and have all 4 reports (a $108 value!) waiting for you in your download area…

FIND US ON SOCIAL MEDIA